I once heard an Irishman say that

“Life is the vast expanse that lies between the great enormities of  birth and death”.

The past month in the world has certainly been a time to reflect on the thrust and tenacity of the human condition. I can’t make art about disasters.  But there is dark and there is light and I look for the place they meet. 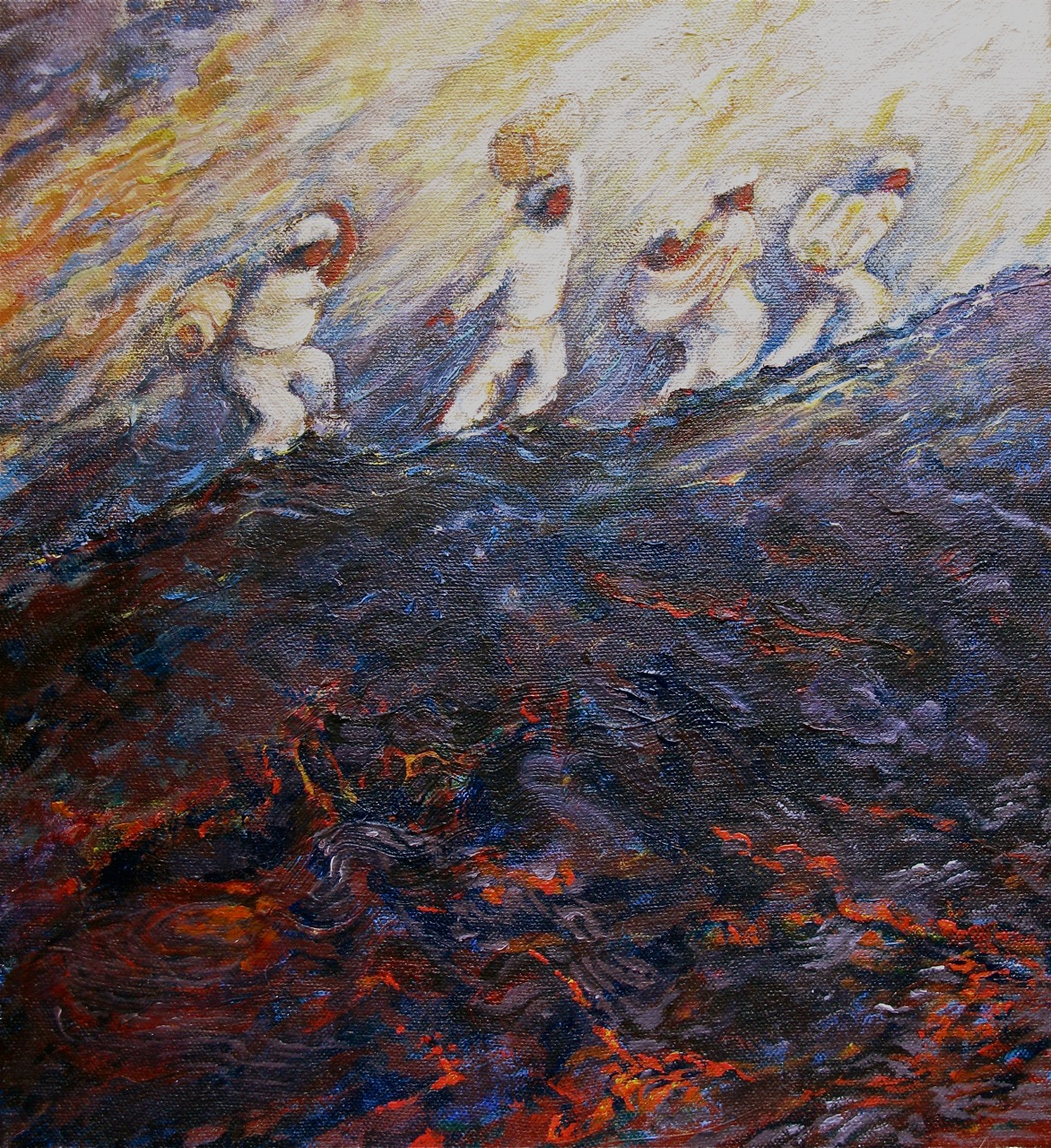 This is a painting of mine from several years ago, another time the earth heaved terribly.  It was when Nyiragongo erupted in the Congo.  January 17, 2002.

I listened to a news story at the time and was struck by the huge ironies.   Fugitives were fleeing from the rivers of lava in the streets of Goma, and on their way were raiding abandoned fuel pumps – filling all manner of plastic containers with gas and diesel.  They were trekking out of the city with it – chased by liquid fire – walking over the thin hot crust of the cooling waves of lava with this precious volatile cargo.

Fossil fuels that were formed millions of years ago from organisms – life forms – that were folded into the earth’s crust, compressed and transformed.

Fuel for cars, so they could escape.

So they could just keep going.